This is my biggest secret. I don’t try to hide it as much as I used to, but I’m certainly not going to bring it up. I’m afraid that everyone will think they understand it, but I know that they have no idea. I’m even more afraid that I don’t understand it—as hard as I’ve worked, as much as I’ve tried to figure it out, I am trapped inside of it forever.

I’m 27 years old. At the end of this year, I will be ten years into recovery from anorexia.

My disease could have been the outcome of an infinite number of factors. I understand it best as a painful, beautiful distraction from traumas I was unequipped to confront in any other way. I constructed an alternate reality, and I lived in it. I felt entirely alone, but at the center of everything—the star of my own dreamy, sun-bleached movie about what it was like to be alive in high school in Southern California in 2005. I cast myself as the tortured heroine: unbearably sad, full of deep secrets and complexities, walking around with the sun in my eyes, stacks of bangles clanking on my wrists. I pretended like everyone was watching. Everything around me buzzed with meaning. I was 16, and I wanted to be very, very skinny.

In 2006 I became a patient at a residential treatment program. I was taught that anorexia existed on the obsessive-compulsive spectrum, though this belief isn’t held among all mental health professionals. The thoughts—about food, calories, my body, control—were the obsession, and the rituals—my endless lists and schedules, the ways I prepared meals—were the compulsions.

In group therapy, we talked about our traumas over and over and over, with the hope of working through the emotions and allowing them to become stories that would no longer plague our lives in such a visceral way. I have a whole story to tell you—about how my dad wasn’t very nice, about huddling in the closet with my sister on bad days, about the muscle relaxants and how they lead him to drive off a cliff in Palm Springs when I was 14, about the subsequent coma that lasted 19 days—but I’m going to tell you about it later. I’m going to skip to the ending now. 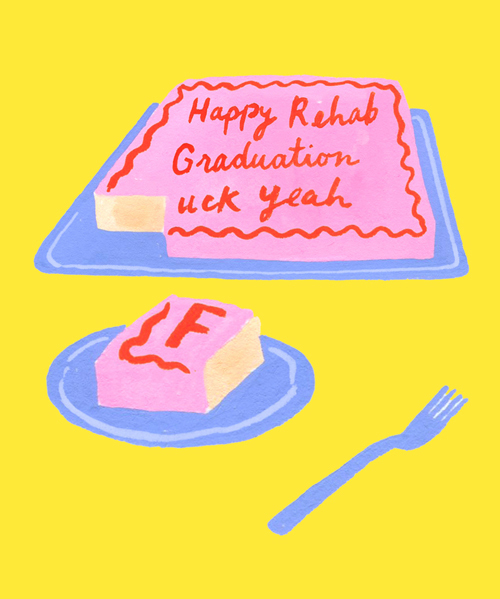 “I have a whole story to tell you—about how my dad wasn’t very nice, about huddling in the closet with my sister on bad days, about the muscle relaxants and how they lead him to drive off a cliff...”

As I was transitioning out of treatment, I got a job working at a small clothing manufacturer, signed up for a community college life drawing class, and moved into my first apartment. At the same time, my best friend Taylor graduated high school and reemerged. She was a year below me in school, and had spent her senior year at a therapeutic boarding school in Utah, court-ordered after being arrested for a DUI. I sat on the swing in my mom’s backyard and talked to her on the cordless phone. “I have an apartment now,” I said. “Do you want to come live with me?”

She moved in. The apartment was two rooms: a dim bedroom so small we had to position our twin beds in an L shape, and a tiled kitchen with a large window. We thought it would be very chic to build a long bar beneath the window, so we hauled cinder blocks from Home Depot, covered them in old, yellowing lace, and topped them with a narrow slab of plywood.

Taylor and I decided to throw a party to celebrate the beginning of our lives. We invited everyone over: my mom, my sister, and four of my closest friends from treatment. We walked a mile to the thrift store to buy mismatched floral dishes and the most ornate champagne flutes we could find. We baked a box cake, and I wrote Happy Rehab Graduation Fuck Yeah in red frosting loops. We drank from our champagne flutes because we did it. Fuck yeah. 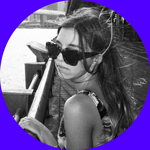